My name's Derek. I'm a songwriter and part time volunteer on the Hillsong Creative Team (first London, now Stockholm). Here's a bit about me.

I started playing music at an early age. Both my parents were from Trinidad, and my father directed a calypso band throughout the 70s and 80s. He inspired me to take up music, and the instrument that impressed me the most was the piano.

My mother was keen for me to learn music formally, so I started with piano lessons at 6 years old. At ten, I was enrolled into music school, where at least half of my school day involved playing, writing or studying music. I sang in two choirs, played clarinet in an orchestra, and by sixteen I'd featured in a handful of classical operas. When I finished college however, I chose to branch out and go to a more generalised university as opposed to a music conservatoire or similar.

At university, I discovered what has become my other passion: technology. My music studies suffered a little as I threw myself into working with computers, laying the foundations of what would end up being my career.

I never dropped music completely, though. After university, I followed in my father's footsteps, playing and arranging calypso music for artists performing at each year's London Notting Hill carnival. It was very seasonal work, keeping me busy over the summer months and then sporadic gigs throughout the rest of the year.

In 2006, God revealed that he had other plans for me. I was invited to attend a church service at London Hillsong and, after the initial shock of bright lights and loud music, I had what can only be described as a personal encounter with Jesus. I'd been raised a Christian since birth, so I was very familiar with the usual rhetoric but on this occasion, I felt deeply touched as if something shifted within me. Something had changed...

Life has been many ups and downs since then, but those stories are for another time. However, I can say that I started serving at Hillsong church, tentatively at first by opening doors and welcoming guests, but eventually I was invited to join their creative worship team (there's a testimony about that too!).

God has been so faithful ever since, not that He wasn't faithful before! I have had the privilege of experiencing powerful ministry, and excellent leadership. I've had the opportunity to serve on a wonderful team with wonderful others whom have helped deepened my faith. Then, sometime towards then end of 2012, God started sending me songs!

They came very often at first - at least two every week, so much so that i started to lose sleep and had to ask Him to slow down! They come at a most manageable pace these days - on this day, at the start of 2018, Evernote counts 72 completed songs with 141 incomplete fragments. Thanks to God, I'm not low on material! The big challenge is doing something with them, and that's where I plan to push and develop myself. I released my first song in 2015, another three in 2017. I'm aiming for six songs this year. That doesn't sound like much given that I have quite a few to choose from, but production takes much longer than inspiration! 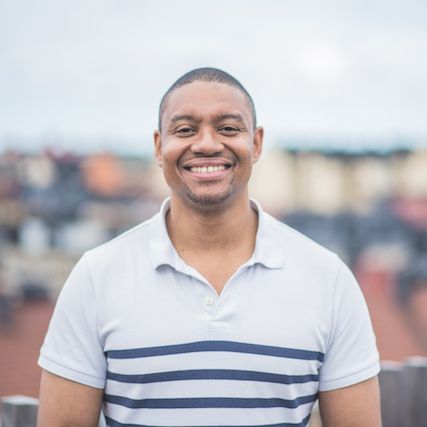 And so, my story continues; let's see what God does in the following chapters! You're welcome to come, join me on my journey and sing along...